Married couples with children would no longer face a tax penalty when claiming the child tax credit under a House bill passed on July 25, 2014. House lawmakers voted 237 to 173 to approve the Child Tax Credit Improvement Bill of 2014.  The bill would eliminate the marriage penalty in the child tax credit by increasing the income phase-out threshold for couples filing joint tax returns from $110,000 to $150,000 ($75,000 for individuals and married taxpayers filing separately).

The bill would also index for inflation the phase-out threshold for the $1,000 credit beginning in calendar year 2015. To combat fraud, taxpayers would be required to include their Social Security numbers on tax returns in order to receive the Additional Child Tax Credit (ACTC), which is refundable.

Ways and Means Chairman Dave Camp noted that the Treasury Inspector General for Tax Administration has reported that the number of filers for the ACTC without a Social Security number grew from 62,000 filers (claiming $62 million in benefits) in 2000 to 2.3-million filers (claiming $4.2 billion in benefits) in 2010. “This is a common-sense provision that will help safeguard taxpayer dollars from fraud, and put it in line with other refundable tax credits, like the Earned Income Tax Credit, which require a Social Security number,” he said.

House Rules Committee Chairman Pete Sessions said Republicans are fighting to make sure that hardworking American families keep more of their paychecks. “That’s why today the House passed legislation to provide common-sense reforms to ensure that the child tax credit keeps up with the rising cost of living,”” he said.

According to the Joint Committee on Taxation (JCT), eliminating the marriage penalty in the child tax credit and adding the inflation adjustment would cost $114 billion over the next decade. Part of that cost would be offset, in the amount of $24 billion, by requiring the use of Social Security numbers for the ACTC. In total, the JCT estimates that would cost $90.3 billion.

Under the bill, a married couple making $160,000 with two children would get an additional $2,200 in their 2018 tax refund, according to a study by the Center on Budget and Policy Priorities (CBPP).  The CBPP study estimates that a single mother of two making $14,500 would see her refund cut by $1,750 under the legislation.

The White House has threatened to veto the bill if it passes Congress. The measure would raise taxes for millions of struggling working families while enacting expensive new tax cuts without offsetting their costs, reflecting fundamentally misplaced priorities, the administration said. “If Republicans want to show they are serious about helping working families through the Child Tax Credit, they should start by extending current provisions past 2017,” the statement reads.

CJBS, LLC is a Chicago based firm that assists its clients with a wide range of accounting and financial issues, protecting and expanding the value of mid-size companies. E-mail me at if you have any questions about this posting or if I may be of assistance in any way. 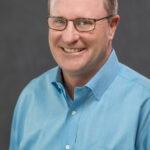